For a long time Marc had the ambition to make a new dance film, not a registration of an existing piece, but a new creation to focus on the presence and energy of the dancer and to celebrate the human body in movement.

When Marc Vanrunxt saw the work of Stef Van Looveren for the first time in The Hole of the Fox Gallery in Antwerpen, he had an immediate sense of recognition – of atmospheres, a certain wildness, the shameless, the uninhibited – and experienced a strong desire to enter the universe of Stef.

Marc is fascinated by the verticality of man resonating in the statues of the Greek Kouroi and Karyatides, in Leonardo da Vinci’s Ecce Homo, throughout the oeuvre of Fernand Khnopff, later translated by modernist painters such as Barnett Newman in lines and stripes.

Marc Vanrunxt wants to hand over his vision (on bodies) and his approach (to dance, energy, qualities of movement) to Stef for them to capture the essence of the spontaneous and the instantaneous with their camera and by manipulation the images in the montage.

Stef Van Looveren’s practice strives to surpass limitations by disrupting normative views; making room for an explorational analysis of bodies free from judgment. By using a variety of mediums, consciously fluid in approach and diverse in appearance, they give form to images that challenge outdated gender/body politics, resulting in a visual language inclusive in (re)presentation and resistant to power structures.

Without a scenario and without a written choreography Marc Vanrunxt wants to create a new visual language together with Stef van Looveren.

Marc invited five male dancers he has been working with over the last decade to collaborate on ADAGIO, a short dance film.

With each and every one of them he has a different rapport.

And each and every one of them has a different artistic, technical and cultural background.

The music used for ADAGIO was composed in the context of a previous creation Prototype in 2017. Sound designer Daniel Vanverre manipulated the audio tapes of composer Lucien Goethals (1931-2006), a pioneer of Flemish electronic music.

Curator and writer Ive Stevenheydens shed his light on the filmed material and wrote a beautiful text about it (in Dutch).

Kevin Fay is an American dancer in Brussels who has collaborated on Drawings (2019).

Nathan Ooms is a former student of Marc @ KASK DRAMA and has been working with Marc in Drawings. He is currently in the research cycle @ p.a.r.t.s.

Mustaf Ahmeti is a master student @ KASK DRAMA and has danced in Please Panic (2019), a Ba3 project by Marc.

Malique Fye is a Ba1 student @ KASK DRAMA and was in Marc’s class in November 2019. 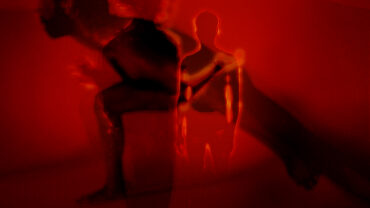 with the support of De Studio

special thanks to De Studio and IPEM, Institute for Psychoacoustics and Elektronic Music