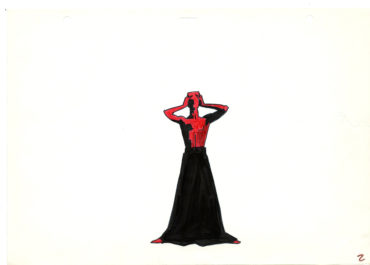 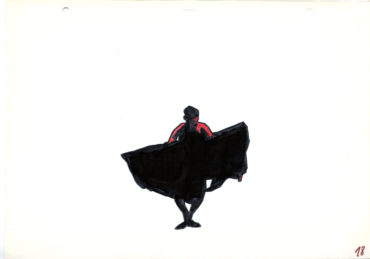 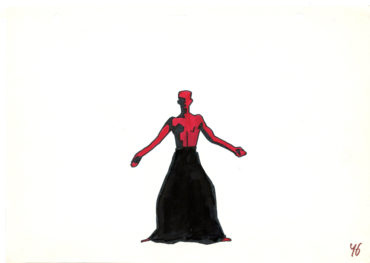 The 4 Extremities is an animation movie by Anne-Mie Van Kerckhoven. It is partially based on Vanrunxt’s first solo for himself called Solo Voor Duizend Mannen (Zwarte Dans) (1982).

Vanrunxt performed his solo on Anne-Mie’s invitation @ Club Moral and Danny Hiele made a film of it. Later AMVK turned some images of it into an animated movie version.

This was the beginning of a lifelong collaboration, artistic exchange and friendship.